The market for Nordic TV sports rights has been exciting all thru 2020, with several major rights being out for tender. This week, ice hockey and the UEFA European Championship have been the center of attention. Telia prolonged its’ right to the major Swedish hockey league (SHL), and NENT prolonged its Nordic NHL ownership – in addition to securing the Polish rights to Bundesliga ahead of the 2021 launch of Viaplay in Poland.

Premium sport has unique leverage in attracting and retaining loyal subscriber bases. As competition is ramping up on the very crowded Nordic market, so is the price tag for the most attractive sports assets. In the newly released Sports Analysis 2020, Mediavision estimates that 30-50% of the total Nordic pay TV turnover (traditional + online) is directly related to sports. It is no exaggeration to say that premium sport is the single most critical asset for the local services in the battle over the Nordic subscribers.
Tuesday this week, Telia/C More prolonged its’ right to the 2029/30 season for the Swedish top hockey league (SHL) – reportedly a contract worth up to 5 billion SEK. Last week, NENT closed the deal for the pan-Nordic NHL rights until 2026 – shortly after the same company had signed the agreement for the pan-Nordic rights to the Ice Hockey World Championship to 2028.

Ice hockey is attracting high consumer interest, i.e. a significant driver for premium pay packages as well as ARPU. Close to 3 million in the Nordic countries have an explicit interest in watching ice hockey, making it the region’s second most popular sport. In Finland, hockey is outnumbering all other sports (a lower ranking in Denmark and Norway). 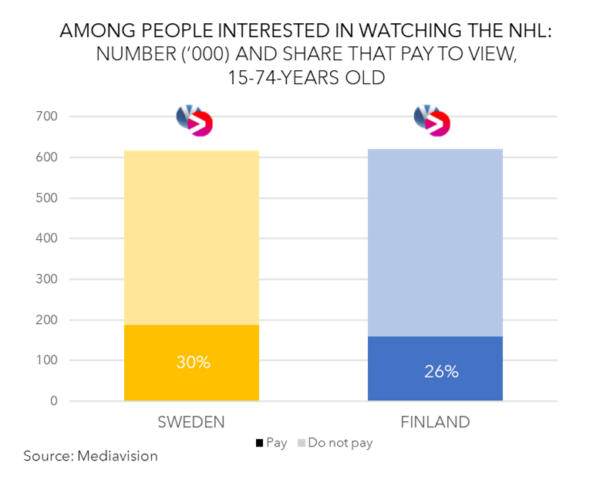 Looking specifically at NHL, Mediavision analysis shows the highest viewing interest in Finland but the pay grade (the percentage of those interested that also pay) is equal in both Finland and Sweden. In Sweden, the SHL outnumbers the NHL in both interest and absolute number of payers, but the leagues attains equal pay grades.

On Tuesday, it was also announced that an agreement between Swedish SVT and Telia had been reached on an extended cooperation regarding the European Championship in football (2024-2028). The two have been collaborating before, sharing both the World Cup and European championship in football. Please contact us if you need more analysis on football, ice hockey ans the major 90+ tournaments and leagues in the Nordic region (Mediavision Sports Analysis 2020).

DNA and Netflix in Unique Cooperation

NENT to Launch in Poland and the US

The Turkish Radio and Television Supreme Council (RTÜK) has given Netflix and Amazon Prime Video 10-year licenses to operate. Legislation passed in 2019 offers RTÜK the authority to regulate online radio, TV, and on-demand broadcasting in Turkey.

Reports have arisen that Spotify appears to consider launching a subscription service exclusively focused on podcast content. The service could be offered at different price points, where the cheapest plan includes ads.

Both Sony and Apple are reportedly in talks with podcast network Wondery, at a price point of close to 3,5 billion SEK – which would make this the largest deal of its kind, surpassing Spotify’s previous acquisitions of podcast actors.

Starzplay to Be Launched on Viaplay

Global streaming platform Starz and NENT have entered an agreement to launch Starzplay on Viaplay. Certain titles will be available in December, awaiting the full launch of the  Starzplay-service via Viaplay at a later date. 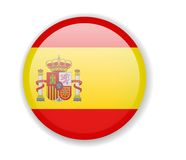 All online video platforms with earnings of above EUR 50 million a year may be forced to allocate 5% of the income generated in Spain to finance the production of European films and series, according to the first draft of the new General Audiovisual Communication law.

According to the company itself, Telia is now the first operator in Norway to offer fixed wireless access (FWA) to 5G as standard broadband for homes. The service has begun in Trondheim and will be phased out to other parts of the country, depending on consumer interest. 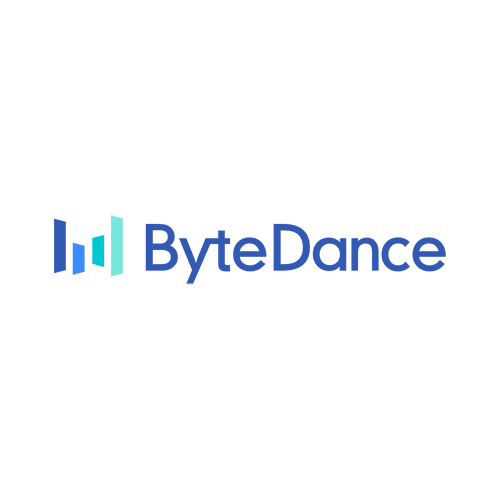 Chinese Bytedance, the owner of TikTok, is looking to expand its operations and has recently invested 170 million USD in Chinese e-book company Zhangyue, whose application today boasts 170 million users and offers books, magazines, anime, and audiobooks.