The Nordic audio market is highly interesting for several reasons. Overall conditions are favourable, with a combination of high-profile services of Nordic origin and a large, digitally mature, consumer base. Scale is the name of the game, and tomorrow Spotify which is by far the largest actor in this segment, will release its Q3 financial report.

Spotify is, no doubt, a world class leader on the audio market. With 138 million premium subscribers globally (end of Q2) and an impressive 27% growth YOY, expectations are high as we approach the earnings report. However, subscriber growth is not the only point of interest in tomorrow’s report. Another highly interesting area is podcasting. Spotify has invested heavily in podcasts lately, for several reasons. Podcast content allows the company to differentiate vis-à-vis competitors to a larger extent than music allows, and also enables the actor to obtain higher margins than for music content. Spotify has also stated that users with ad-supported accounts that listen to podcasts are more likely to convert to a paid account. In Q2, Spotify reported a triple digit growth in podcast consumption, indicating that the investments are paying off – at least in terms of listening.

The Nordics are, for sure, Spotify’s home turf. Looking at the latest Mediavision analysis, close to 4 million Nordic households had access to a paid Spotify subscription (i.e. not an ad-supported free account) in Q3 2020. This corresponds to a 34% household penetration for subscriptions (non-advertising supported) – surely dwarfing competition – a relatively stable penetration YOY when compared to Spotify’s global subscriber growth. In other words, the Nordics is a mature market for Spotify – which is also reflected in how well their Nordic user base has adopted podcast listening.

In the Nordics, the average daily reach for podcast listening is 16% – an increase of 13% since Q3 2019. Spotify is the listening platform with the highest daily reach. Competition comes from commercial radio, public service radio and – of course – from Apple. In other words, on a rather fragmented market, Spotify has a strong position, and it seems as if Spotify’s “audio-first”-strategy has successfully been implemented across the Nordics.

But competition is expected to increase – perhaps most clearly illustrated by a possible launch of Amazon Prime in Sweden. When Amazon.se launched in Sweden this morning (Wednesday), the Prime solution was not available to Swedish consumers. As of now, Amazon Music is a very small player in the Swedish market. However, if Amazon Prime Memberships would be available in Sweden, and Music was to be included in at no extra charge, things could change rapidly. The company has also announced free podcasts on Amazon Music. Another challenger is of course Apple Podcasts, reportedly looking to invest in exclusive podcasts. Could a paid podcast service from Apple possibly be a future part of the Apple One bundle – and will Apple One be made available in the Nordics? The transformation of the Nordic market is here and now – and Mediavision tracks the developments closely and with great interest.

Amazon.se Has Been Launched

Amazon.se was finally launched on Wednesday morning. So far, there are no sign of Amazon Prime memberships. However, Amazon Prime Video is available in the Sweden and 140 000 Swedish households currently hold a subscription according to Mediavision figures. 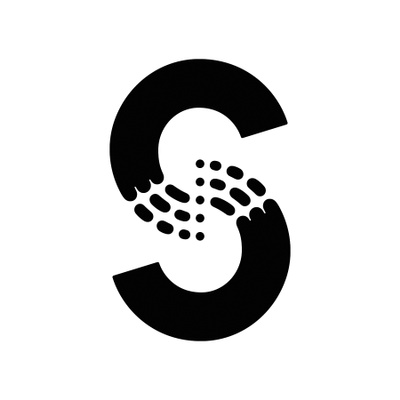 On Wednesday, Schibsted reported its Q3 report. Revenues amounted to approx. 3.2 million NOK, while EBITDA grew by 25% compared to Q3 2019, to a figure of 678 million NOK. The News Media segment also reported a strengthened EBITDA of 15% compared to 9% in 2019.

Com Hem and Telia Not Yet in Agreement

Com Hem and Boxer consumers might not be able to view TV4 and C More channels by the end of October, following that the two parties are unable to agree on the terms of a new contract and that the agreement from December 2019 expires this Friday.

In the first 6 months of 2020, the Nordic ad market suffered from a loss of 11,4% in spending compared to the same period last year. Nordic ad spend amounted to 3.7 billion EUR in that period, according to IRM.

For the first time, Aller Media has had over one million web-TV views in one day. On Tuesday last week, the total number in the group was 1,046’ views. Of these, 75 percent come from Dagbladet, while the rest are distributed between Se og Hør, Din Side, Sol and the other brands.

More than 20 percent of the Nordic Council’s support to culture in the region has been redacted. The funds will be redirected towards projects focused on the environment instead. The council has approved the motion, giving rise to strong criticism.

Swedish Johan Renck will direct a new drama, based on Jaroslav Kalfar’s novel The Spaceman of Bohemia, for Netflix. The series will feature star Adam Sandler and be adapted by Colby Day.