Newsletter 21st of December: This is What the Nordic Media Market Will Look Like

2020 is (finally) coming to an end. Many are longing for new and better times, and hopefully a lot healthier. In this year’s last newsletter, we are happy to present the Mediavision Industry Outlook 2021. We have asked our readers and industry stakeholders to reflect on the Nordic media market. What to expect of 2021 and the coming years?

This has been a year filled with many twists and turns, which no one could have anticipated (“think the unthinkable”). When we conducted last year’s industry survey, there were no signs of an approaching pandemic. With that in mind, we can still conclude that the overall predictions weren’t that far off. Covid-19 has merely accelerated the trends that were pointed out in the survey.

Three major trends in the Mediavision Industry Outlook as of last year, 2020:

Weakened economy with severe effect on the ad markets
The pandemic pushed the world into an economic downturn of a magnitude no one could have expected. The Nordics saw GDP declining as much as -5%. The 2021 outlook on the other hand is quite positive, with expected average growth of +3% for the region. This is also what most of the respondents in the survey predict.

By now we all know that the advertising market was hit really hard by the pandemic, the Nordics being no exception. The average Nordic ad market turnover loss was more than 10% during the first half of 2020 (YOY). For traditional TV, the decline ranges between 10-25% among our countries, while AVOD proved quite resilient. In Sweden, AVOD now accounts for almost 30% of total video (online + TV) ad revenues, while attaining a smaller share in the other Nordic countries. Looking towards 2025, the Industry Outlook points at a 50/50 split between traditional TV advertising and AVOD, as a Nordic average, i.e. quite a strong growth is expected by the industry itself.

If we instead turn to the Nordic households, Mediavision has already concluded that so far, media spend appears mostly unaffected by the economic downturn. However, some media categories, like cinema, have been highly affected both by restrictions and few new films. Spend on cinema has dropped 51% on average in the Nordics during fall 2020 (albeit an increase from the loss in spring, as several theatres were reopened). Our analysis points at a re-allocation of household media spend – and this is also the opinion among industry stakeholders. The Mediavision Industry Outlook 2021 points at a decline in pay TV and cinema spend, while streaming video, podcasts and audio books are expected to increase. This could maybe be illustrated by Warner Media, planning to premiere blockbusters like “Dune” and “The Matrix 4” on its streaming service HBO Max in the US. Nothing is said about the Nordics – however it shows the obvious challenges of the cinema business, come spring 2021.

Digital transformation accelerated by the pandemic
Maybe the strongest trend of the last decade – here as elsewhere – has been the transition from traditional to online TV. Even though the TV screen is still an important device in most homes, the glossy on-screen floors have been replaced by dragons, crowns and chess boards. During spring of 2020, strongly related to the pandemic, traditional TV viewing temporarily increased throughout the region (and we all consumed news at record levels). But to no surprise, the increase faded, and the underlying trend was back during fall. The Mediavision Industry Outlook 2021 points at a general view: The decline will continue.

Focusing on online video, the pandemic has likely accelerated the speed of transition. Daily reach has increased across the whole region which is also true for the household uptake of SVOD. Close to 60% of the Nordic households now subscribe to at least one paid service. According to the Mediavision Industry Outlook 2021, SVOD is predicted a continued growth, at the expense of traditional pay TV.

But not only video thrived during the lockdowns. There has also been a strong increase of interest in news, likely sparked by the pandemic. The result? A significant growth of digital newspaper subscriptions in the Nordics. Today, 2 million households subscribe to a digital newspaper; an increase of almost 300 thousand households in a year.

Competition has increased – and will continue to do so
The Nordics is both a mature and highly competitive media market. During 2020 we saw the launch of several new video services (Disney+ being one good example) as well as consolidation (Telia + TV4, Viasat + Canal Digital = Allente). Digital text and audio companies have also been very active. So, what’s next? The industry stakeholders believe that the Nordic consolidation trend will prevail on the media market (audio/video/text). Companies will continue to look for new partners. And in parallel, even more global services are expected to enter the Nordic market. Not a bold guess, as the Nordic launch of HBO Max has been announced for 2021. And maybe we’ll see increased activity from Amazon Prime Video?

Another observation is that cost of content – certainly sports – is skyrocketing. We asked the industry whether it believes that consumer prices for sports packages will increase or not as the newly negotiated rights come into play. The answer is: Yes, we are likely to see price hikes between 10-25%.

Moving on to the highly interesting podcast industry! Amazon, Apple and Spotify are competing intensely, buying content producers and making exclusive content deals on a global scale. But other actors, like Nent, Bauer Media, and public service are also increasing their efforts. Through influencer-driven “talk casts”, dramatic retellings of high-profile murder cases (to mention some genres), podcast listening is growing fast. However, revenues are still marginal. Our respondents overwhelmingly believe that the podcast industry will need to be financed through both advertising and pay revenues in order to secure stable profits.

This concludes the top findings from the Mediavision Industry Outlook 2021. If you wish to get more details, please get back to us.

From all of us to all of you – we wish you happy holidays! We’ll be back in January.

For the full story of the Mediavision Industry Outlook 2021, send a request to julia.gotborg@mediavision.se.

Last week, TV 2 Norway announces that it has acquired the rights to the Norwegian top tier domestic football series, both for men and women. The deal amounts to 4.5 billion NOK and by this, TV 2 takes over a large part of Discovery’s current portfolio.

Sky and Amazon in New Deal

Following a new deal, the Amazon Prime Video streaming package will be available to Sky’s subscribers. The pan-European deal will make Prime Video available through Sky in the UK, Ireland, Austria, Germany and Italy. 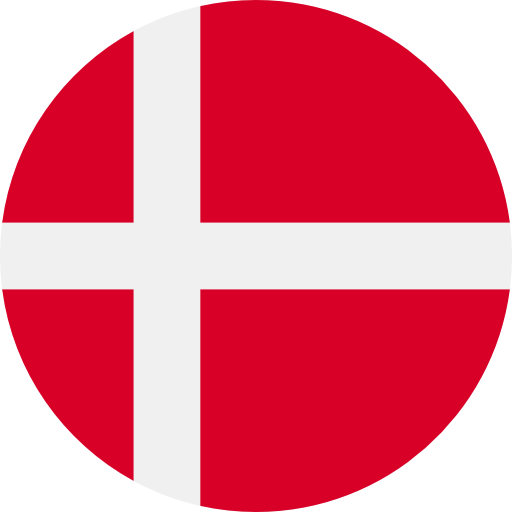 According to the Danish Film Institute, sales of cinema tickets dropped by 41% in 2020, compared to 2019. However, the share of tickets bought to Danish titles reached a record level of 51%. “Druk”, with approx. 900’ sold tickets was the most popular. 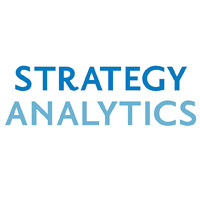 According to Strategy Analytics, the annual increase in global SVOD subscriptions attained 218 million in Q3 2020. Following four quarters of decline throughout 2019, this is the culmination of 3 consecutive quarters of growth in 2020.

SVT and TV4 recently secured the Swedish rights to the UEFA European Championships in 2026 and 2028. Now, the companies have announced that the joint broadcasts will also include the FIFA World Cup in 2026

By March 2021, Periscope will end operations as a standalone application. In an open letter, the company referred to its current operations as unsustainable, following a decline in usage in recent years. Twitter acquired the app back in 2015.

Podcasts produced by the National Public Radio in the US will now be available globally on Spotify. NPR first brought its shows to Spotify in 2018, limited to the US audience due to various regulations and country-specific licensing structures.

Consumers of Nordic video streaming services are not finding the content that they actually want, leading to questions about operators’ targeting strategies in a market that is getting even more competitive.

Nordic streaming market is about to hit 14 million subscriptions

In the past 12 months, Nordic households have signed up for close to 3 million additional streaming subscriptions, as concluded in a newly released analysis of the Nordic TV- and streaming market.

Research from Mediavision is warning that today’s consumers of Nordic video streaming services are not finding the content that they actually want.