Summer has officially arrived and vacations are just around the corner, which means it’s time to catch up on your favorite series and movies. Whether you’ve been keeping up with all the new exciting content or not, there is plenty to look forward to this summer. In this week’s newsletter Mediavision lists some of our personal favorite titles and new releases to keep an eye out for.

Have you had an intense spring filled with hard work and social activities? Are you longing for letting go of your responsibilities and curling up on the couch to catch up on that series you missed out on? A great tool for finding that specific series you’re looking for and on which service its playing is Playpilot.

Perhaps you’ll find yourself in the mood for politics. If that’s the case you’re in luck; one of Sweden’s most coveted political events Almedalsveckan kicks off on Sunday and NENT Group’s drama series The Inner Circle is a perfect match. The series is set on Gotland and depicts the minister for enterprise’s efforts in becoming the next prime minister. If that doesn’t quench your thirst for Gotland and Swedish summer, bingeing last year’s season of Så Mycket Bättre on TV4 Play might do the trick.

If your vacation plans include visiting Gotland this summer (like several Mediavision employees) here are a few tips; Så Mycket Bättre is currently shooting its 10th anniversary season at Grå Gåsen in Burgsvik and both Timbuktu and Veronica Maggio are performing at Grå Gåsen this summer. Also, for some of the best ice cream on the island you should pay Glassmagasinet in Visby a visit.

Having consumed your fair share of Gotland’s scenery, perhaps it’s time for a change of scenery. HBO Europe’s first Swedish original Gösta takes place in Småland and is created by Lukas Moodysson, the series premieres on July 1st. Further down the line, Netflix has announced its second Swedish original series Snabba Cash which will begin shooting in 2020.

In the very unfortunate scenario of a rainy summer which renders you stuck on the couch, crime mini-series Det som göms i snö, Netflix’s first Swedish original Störst av Allt or the final season of the Danish drama Follow the money are all solid picks to make your summer more enjoyable. Det som göms i snö premiered last August and can be found both on Dplay and Viaplay while Störst av Allt plays on Netflix and Follow the money on SVT Play.

Another great pick for a rainy day is the criminal drama Gåsmamman. There are three seasons and 27 episodes to sink your teeth into and a fourth season set to premiere this fall. Also, as a bonus tip from one of our colleagues at Mediavision; Gåsmamman makes for a perfect mother-daughter series.

New seasons of big-budget dramas The Handmaids Tale and Big Little Lies has arrived for your viewing pleasure on HBO Nordic. Also, if you’ve missed it, the mini-series Chernobyl about the 1986 nuclear disaster which attained the highest rating of any TV show on IMDB is definitely worth watching. For those of you who have seen it, HBO has released a podcast which unravels even more juicy details.

Continuing down the podcast path, Heavyweight is a wonderful and equally touching and hilarious podcast from Spotify-owned Gimlet Media. A show about people trying to get over past quarrels and ordeals – big and small – recorded much in the same style as NPRs “This American Life”. Three seasons worth of episodes are available on Spotify and Apple Podcasts.

When you’ve had enough of sunshine, laughter and ice cream, Netflix mini-series When They See Us will provide you with just the right amount of stomach ache and anxiety. The series, which is based on the case known as the “Central Park jogger case”, will make you question the legal system and possibly light your inner activist flame. The series premiered in May and has so far achieved an IMDB rating of 9.1.

Moving on, Netflix German original crime/mystery series Dark which has become an international success, recently premiered its second season. Judging by the IMDB ratings, the second season appear to be even more thrilling than the first. In the same vein, the third season of Stranger Things arrives on July 4th.

Some final staff tips to fill your summer with great content includes Volver, La vita è bella and The Talented Mr Ripley. Also, the Australian drama A place to call home which currently plays on SVT Play will keep you occupied for six whole seasons of content. As the end of summer draws near in a distant future, so does the Toy Story 4 premiere in late august.

From all of us at Mediavision to all of you, have a wonderful summer! 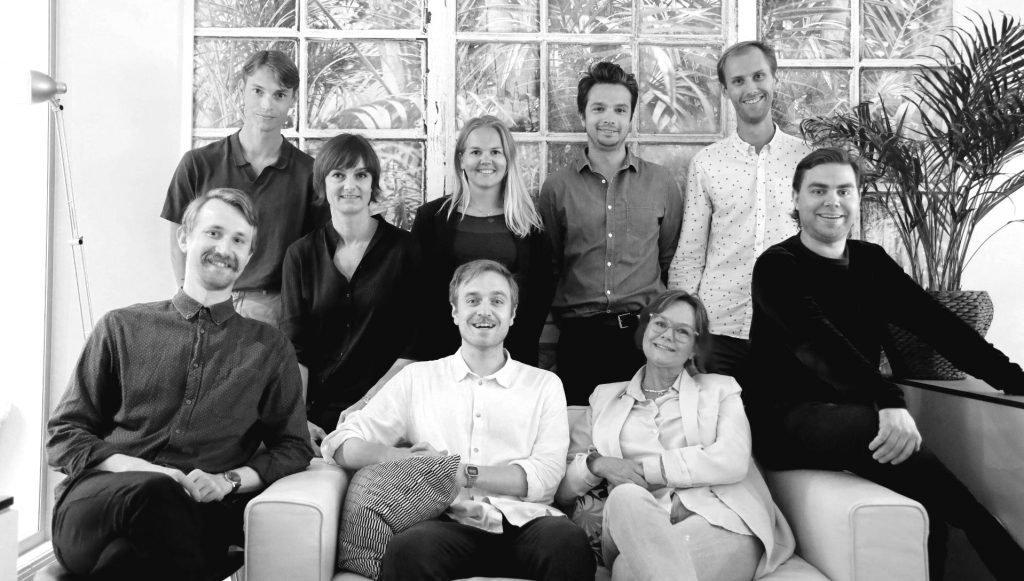 10 million streaming subscriptions in the Nordics
Streaming video continues to grow rapidly in the Nordics, Mediavision concludes in its recently published analysis on the Nordic TV and video market. An increasing number of consumers subscribe […].

Netflix new Swedish original: Snabba Cash
Netflix has announced its second Swedish original series Snabba Cash which is based on the book by author Jens Lapidus. The series consisting of six episodes will begin shooting during 2020.

Danes are increasingly avid streamers
Since 2017 the average number of streaming services used by Danes have increased significantly according to a study conducted by the Danish Film Institute. Among 50-65 year olds the number has increased by +32%.

Toy Story 4 breaks box office records
The long awaited Toy Story 4 has broken global box office records for an animated movie. Since opening over the weekend, it earned $238 million and performed particularly well in Latin America and Europe. The movie premieres in Sweden on Augush 30th.

BT Sport to raise prices by 67%
BT is to raise the price of its sports channels by 67% as increasing prices of sports rights takes its toll. BT has the exclusive UK rights to Champions League, Europa League, Premier League and Premiership Rugby.

EQT headed for IPO
According to the Danish newspaper Børsen the investment company EQT is headed for an IPO in September. The first day of trading is expected to be September 26th, analysts expect its market cap to reach roughly €7 billion.

Analysis: Over half of Nordic homes have SVoD
Streaming video continues to grow rapidly in the Nordics. Recent analysis by Mediavision on the Nordic TV and video market shows a year-on-year increase on households with an SVoD service.