Consolidation of the Nordic media market continues as yet another significant deal has just been announced. NENT Group and Telenor aim to combine Viasat Consumer satellite pay TV and broadband TV operations with the satellite pay TV offering from Canal Digital. There are of course several implications to be expected once this partnership has been approved by the EU commission in spring 2020.

Each party will hold 50 percent of the new joint venture company which is expected to entail substantial cost synergies of up to SEK650 million (€60.5 million) and reach full effect by 2022. Additional sales synergies with Viaplay upsell opportunities as well as reduced churn are also expected. Market reactions were positive and the NENT price per share soared +14 percent during the first day following the announcement (23/10). In contrast, Telenor decreased slightly by -1.4 percent during the day. However, this change was also related to a weaker than expected quarterly performance.

Satellite TV distribution, also known as DTH, has seen a steady declining subscriber base for the past couple of years. Since the first half of 2014, total Nordic DTH subscribers (including Viasat broadband TV), have decreased with a CAGR of -4 percent. 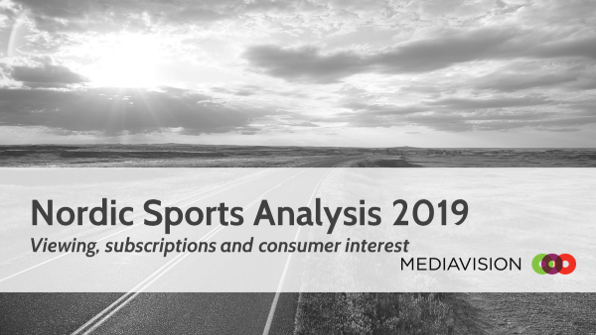 During the same time period, SVOD has been on the rise, transcending multiple traditional forms of TV distribution. By the first quarter of 2019, total number of Nordic households with SVOD amounted to 5.8 million, following an +18 percent average annual increase during the same period in 2014. 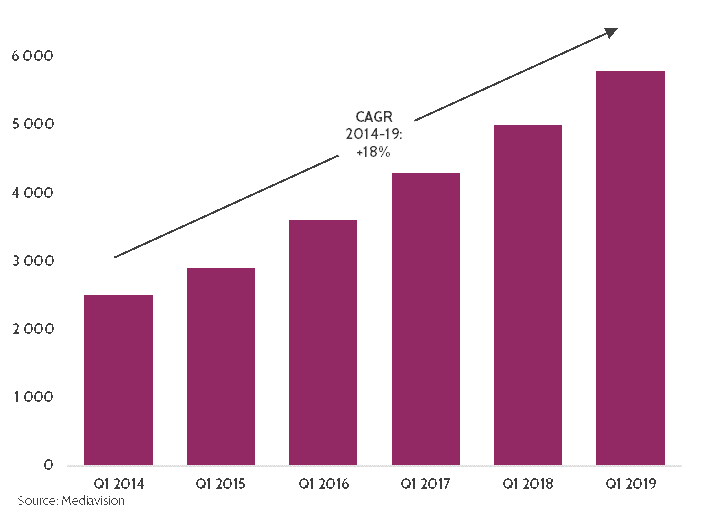 Despite joint venture cost synergies and increased competitive strength, the decline for DTH will certainly continue, all the while SVOD continuous to reach new heights. Last night’s announcement is a way to smooth the transition and bolster the product offering when the structural pressure tightens.

Verizon will provide all of their current and new 4G LTE and 5G customers with a full-year subscription to Disney+. The announcement caused Netflix´s stock price to fall by 3,2% in the opening of Nasdaq.

Podcast Listening Increases in Denmark
In the report “Mediernes Udvikling 2019”, the Danish cultural department states that podcast listening in the country has increased at the expense of traditional, linear radio. 19 percent of the Danes listens to podcasts daily.

NENT Acquires Ice Hockey WC Rights
In a deal reaching from 2024 to 2028, NENT Group has secured the rights to air the Ice Hockey World Championships. NENT already possessed the rights for Sweden but will now include the other Nordic countries in their broadcasts as well.