The 1st of November, Apple is set to launch its new streaming service Apple TV Plus in more than 100 countries around the world. In Sweden, interest for the service is already high among consumers. The service is attractively priced at 59 SEK per month, corresponding to about half the price of competing services in the market.

Interest for Service Among Non-subscribers of Respective Service¹, 15-74 years 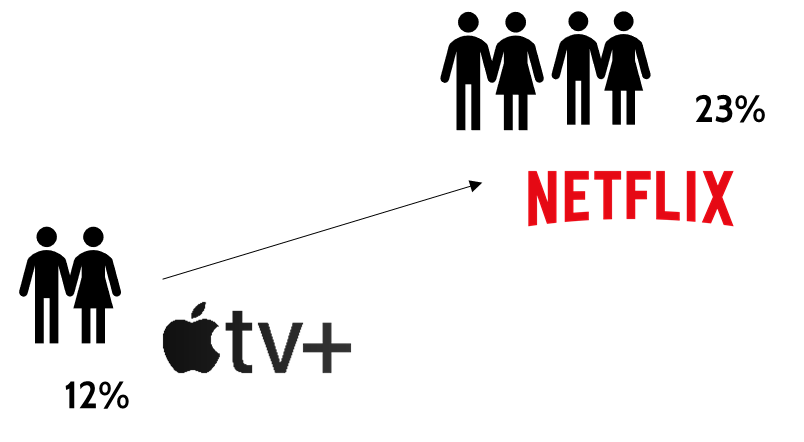 The majority of consumers which state that they would like to get access to Apple TV Plus are already subscribing to Netflix. Consequently, the price will most likely have an effect on the final purchase decision. At 59 SEK per month, Apple TV Plus sits well below the Netflix standard plan at 109 SEK per month. Viaplay’s basic package and HBO Nordic cost the same and Cmore a little more; 139 SEK/month.

The bigger question is what 59 SEK a month will get Apple TV Plus subscribers in terms of content. The line-up may be strong, but it is also limited, featuring top shows such as The Morning Show with Jennifer Aniston and Reese Witherspoon, See with Jason Momoa (Aquaman), Dickinson with Hailee Steinfeld and For All Mankind with Swedish actor Joel Kinnaman.

– It is evident that Apple TV Plus has decided to focus on producing original content, which ensures exclusivity but also means that it will take some time to build a solid library, says Marie Nilsson, CEO of Mediavision. In many households, Apple will probably be considered a complementing service to streaming-giants like Netflix. In the Nordics, this might result in Apple TV Plus being considered less of a threat to the local actors, despite their huge budget for content.