The Nordic video market, likely one of Europe’s most evolved, shows clear signs of maturity. The online video market is still growing, but penetration is increasing at a slower pace than just a year ago. We also see a much stronger focus on pricing and packaging.

There are, of course, many ways to define market maturity. Without being too meticulous or academic, Mediavision can list a couple of signs pointing in the direction of a maturing online market (i.e., where actors are fighting over existing customers rather than new ones).

For one, we see a sharp increase in collaborations between players that have previously been separated (and until recently, they also wanted to be separated). Streaming services and operators now start to work together. For example, Danish operator YouSee focuses on offering broad choices of add-on services and is also the first telco in the Nordics to offer Netflix as a buy-through SVOD service.

A second sign is the increasing focus on sports rights to build loyalty – precious in keeping a loyal subscriber base, especially for the local services. And the rampant rights costs for sports will, of course, sooner or later, land in the consumer’s lap. But right now, there seems to be a fight over which pricing and packaging strategy to choose. The example is Norway: Local actor TV2/Sumo increased the price to the distributors for the TV2 Sport Premium package (i.e., the most attractive sports right in Norway; Premier League¹). Norwegian distributors Canal Digital, Riks-TV, and Altibox responded by adding up to 200 NOK per month to the consumer’s bill. However, TV2/Sumo themselves announced a lower monthly increase of 70 NOK for their own direct-to-consumer service Sumo. Next, Telia (former Get) announced that they would keep their current pricing, hence Premier League, at a lower price than the rights holder TV2/Sumo offer. And then finally… Telenor followed Telia (given the subscriber commit to a 12-month contract). The stage is set for a loud game over the consumers – who, on the other hand, can now go out on a price hunt.

A third factor is pricing that has become more important as penetration growth is slowing, and “stacking” became the new name of the game. Mediavision could this week reveal that a vast number of households in the Nordics have already accepted the very competitive price offer from the House of the Mouse at €69.99 for a full year subscription.

Several Danish media houses, including TV 2 and Berlingske Media have launched a joint platform for programmatic advertising purchases under the brand Publisher Platform. Buyers can now select where their ads will be placed depending on the content of the site.

Following the cancellation of this year’s Bogforum in Denmark, a number of actors have joined forces in creating the alternative book fair Bogfestival. Now, DR joins as a partner. The public service actor will amongst other actions broadcast a 12 hour book marathon. 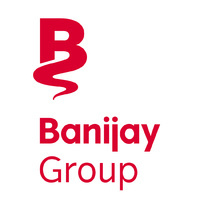 This summer, Banijay Group’s acquisition of Endemol Shine Group was finalized. Now, the new entity discloses that Swedish production companies STO-CPH and Nordisk Film TV will be shut down, in order to create synergies and clarify the offer of the new company.

US & UK Theatres to Temporarily Close

Cineworld has confirmed that it is closing a large number of theatres in the US and UK this week. The announcement comes following postponements of several heavy premiers during 2020/21. Rival Cinemark does not intend to close theatres.

After failing to reach a new agreement with Sky and Virgin Media in the UK, Disney Channel will no longer be available to subscribers of these services. Consequently, Disney content is now exclusively available on Disney+ in the UK.

This week, Spotify introduces two new features; users can now use lyrics for search and view new charts tracking the top albums on the service. The former has been offered by rival Apple Music since late 2018.

Storytel announced that the average number of paying subscribers during Q3 2020 increased by 1,36 million compared to Q2 – slightly higher than Storytel’s own prognosis of 1,345 million. Revenues from streaming amounted to 490 million SEK, +23% compared to Q3 2019.