The digital transformation of print media – news and magazines – has so far been a bit slower than what we’ve seen for audio and video. There are also variations in terms of how far digitalization has come between different text media categories. Mediavision follows this development closely and we see a market where overall digital subscriptions are increasing rapidly.

The Nordic news media market has, for quite some time, been struggling with a challenging combination of both decreasing ad revenues and high digitalization costs. However, when it comes to subscription revenues, digital growth has somewhat mitigated the decrease in print revenues. But as long as the cost for the printed edition remains (paper, print, distribution etc.), there are several forces in play offsetting the rewards of the digitalization. 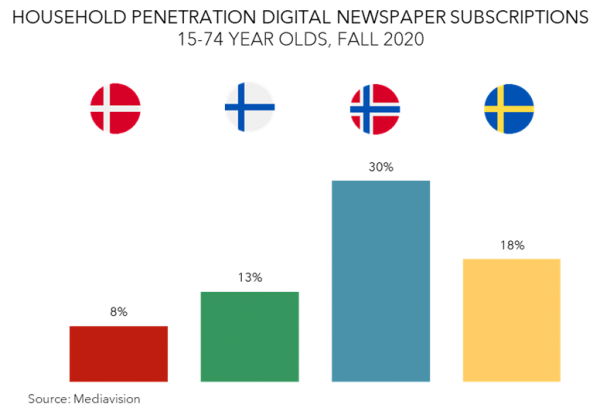 Norway is taking the lead with 30% subscribing to a digital newspaper. A fairly high degree of subscriptions to digital tabloids is contributing. Sweden and Finland are lagging but still ahead of Denmark (8% of the households subscribing).

We can expect more initiatives from the media houses to further accelerate the digitalization of the newspaper industry. Likely, the tipping point is close for the traditional “paper” subscription as the cost of paper, printing and distribution simply makes subscription costs too high for most households.

In Norway, Telia and NENT are yet to reach an agreement regarding Telia customer’s access to NENT’s channels. The channels have been unavailable to Telia customers since 1st of March. The conflict involves pricing and packaging options for consumers. 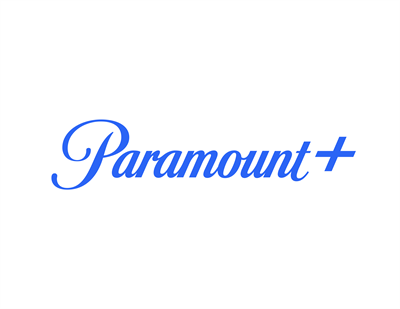 The original plan of launching Paramount+ as a standalone SVOD-service on the 25th of March has been pushed to April. Instead, the revamped service will initially be launched via partnerships.

During its opening weekend of March 19-23rd, the Marvel Studios series The Falcon and The Winter Soldier ranked as the most watched series premiere ever on Disney+. It was also the most-watched title in general for the same period on a global basis.

After 70 years, IKEA will stop publishing its printed catalogue. As part of IKEAs heavier emphasis on digital marketing and sales, the final (2021) edition will be distributed as a four-hour podcast.

Upon the reopening of Cineworld Groups theatres in April, the company has entered an exclusive agreement with Warner Bros, which entails theatrical window exclusivity for the studio’s films from 2022 in the US.

Norwegian Verdens Gang is investing in the book market and will as such launch a publishing house in collaboration with the influencer management agency Max Social, wholly owned by VG. Max Social manages profiles such as Marcus & Martinus.

To bolster its push into streaming, ViacomCBS said on Monday that it will take to market USD 2 billion in Class B common stock and USD 1 billion in Series A Mandatory Convertible Preferred Stock. Paramount+ was relaunched in the US earlier this month.

Until very recently, password sharing has not really been a major issue – at least not publicly. However, this seems to have changed as Netflix recently took it upon itself to combat password sharing.