Last week’s newsletter reported on the launch of Amazon Prime Video in Sweden on March 1st. In this case, Sweden is of particular interest as Amazon earlier launched a specific Swedish e-commerce site. This has been a success story in other markets – shopping and SVOD bundled together to strengthen the Amazon offering. So, this far, what can be said on the SVOD subscribing figures?

Mediavision tracks all SVOD services in the Nordic countries, including Amazon Prime Video. Since its’ launch back in 2016, growth has been pretty modest – especially in comparison to Amazon’s competitors in the SVOD space, both global and local services. This far, the Nordic approach is only fully materialized in Sweden where both the e-commerce site and the SVOD service are now (partially) locally adapted. The re-launch campaign “Streaming is believing” kicked-off in March and Mediavision can now present Q1 figures for Amazon’s SVOD uptake. As of Q1 2021, Amazon Prime Video had a Swedish customer base of approx. 200 000 subscribing households, which is basically the same as in Q4 (before the Swedish launch). And the explanation is not unawareness of the brand or the service itself, considering that close to 70% of all Swedes (15-74-year-olds) state that they are familiar with the streaming service Amazon Prime Video (similar to other available services such as Telia Play and Comhem Play Plus). 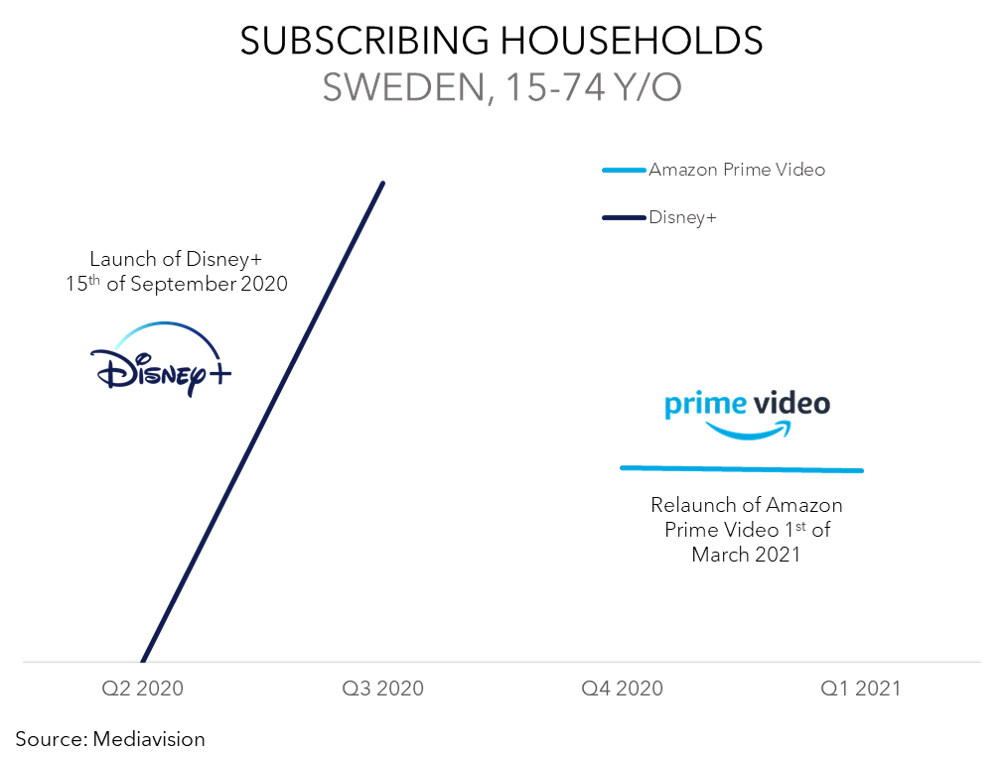 The Swedish relaunch of Amazon Prime Video has similarities with the October 2020 launch of Amazon.se. After a strong hype before the launch of Amazon.se, the interest weakened according to Google. This pinpoints the difficulty of evaluating a well-known international brand, when entering a new market. So far, the legacy of Amazon as one of the largest retailers in the world, has not mattered that much for Prime Video in Sweden. On the other hand, and by comparison, Disney+ likely had a stronger benefit from its well-known brand (and widely known content library). More than 500 000 households signed-up for the service shortly after its launch. The price level is similar, but Amazon has a library many times larger and broader than Disney’s. So, how will Amazon establish a competitive service in the Nordics – both e-commerce and streaming? We’ll keep track.

One year post the merger of Viasat Consumer and Canal Digital, the time has come to launch the new brand Allente to consumers. Allente offers four packages, three of which includes the Viaplay SVOD-service.

Norwegian media group Polaris Media is investing in e-sports by acquiring an ownership stake in Good Games AS. The investment of approximately NOK 10 million resulted in a 22% ownership stake.

In 2020, the Cannes Lion event was cancelled due to the pandemic. This year, the event will be run as a fully digital experience on June 21st – June 25th.

Starting June 15th, all purchases of movies or TV shows made through the Google Play Movies & TV app will be transferred to the YouTube application.

The Swedish government has proposed an increase of the governmental support to the media by 100 million SEK. 40 million is said to be directed to newspapers affected by Postnord’s new distribution schedule. 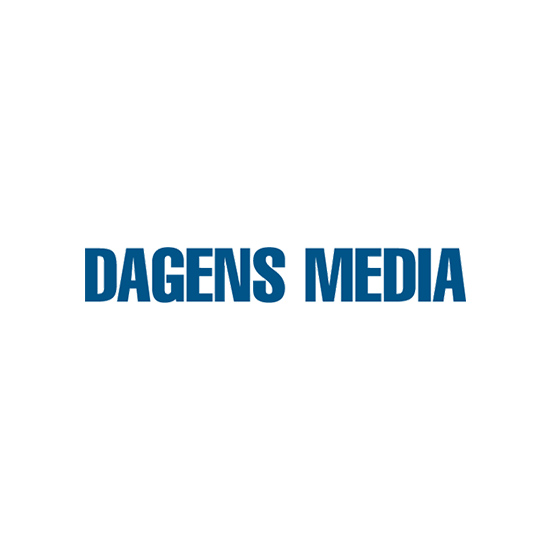