Newsletter 26th of February: La Liga Next Sports Right to be Renegotiated

This week, we focus on sports news. Like many other areas, the world of sports has also been affected by the Corona virus. For example, all football games in China have been postponed indefinitely, the World Athletics Indoor Championships in Nanjing has been rescheduled to 2021 and in Italy, Serie A is taking measures to prevent spreading the virus by postponing certain games and play others for empty stands. Nevertheless, the sports market was full of interesting news this last week.

La Liga, governing the top two tiers of Spanish football, is next in line to invite to a tender concerning broadcasting rights. 16 European territories, including the Nordics, are included in this round covering all matches from both top and second tier. Additionally, play-off matches for entering the top tier, during 2021-22 to 2023-24, are included. La Liga reported its’ media-rights revenue to be €1.86 bn for the 2018-19 season, an increase of 10% vs the previous season.

In the Nordic region, the rights are currently held by TV 2 in Denmark, TV 2/Strive in Norway and C More in Sweden and Finland. The league will probably attract an increased Nordic interest this season, since FC Barcelona last week announced its’ recruitment of Danish national team player Martin Braithwaite. Both Sweden and Norway already have their own stars boosting the audience’s interest; Alexander Isak (SE) and Martin Ödegaard (NO) playing for Real Sociedad. Mediavision closely follows and analyses the Nordic sports market, with a heavy focus on European football rights this spring. We will shortly release our 2020 Sports Analysis – stay tuned. 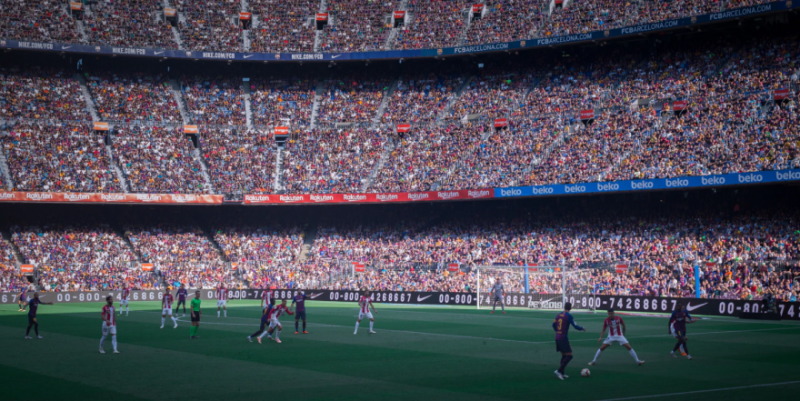 More sports. Swedish public service, SVT, recently announced it has secured the rights to both the World Cup and World Championships of biathlon. SVT now owns the rights until the 2026 season, with a possible extension to 2030. Moreover, NRK and TV 2 in Norway closed a deal on co-operation regarding the biathlon rights until 2030.

The past week we could follow the biathlon World Championships in Antholtz/ Anterselva, Italy. The Nordic athletes, especially the Norwegians, scored several medals. Norway’s Marte Olsbu Røiseland scored a record of seven medals. Her fellow countryman Johannes Thingnes Bø managed to score five medals, while Swedish Hanna Öberg had to wait until the very last day to win Sweden´s only medal. Nevertheless, the world cup attracted large viewing in Sweden – transmissions had an average audience of 860 000 viewers (8 avg min viewing). This resulted in an average share of viewing at close to 70% in the total audience (3+) according to MMS. Transmissions from the pursuit-legs of the races, with both male and female athletes, received the highest ratings. 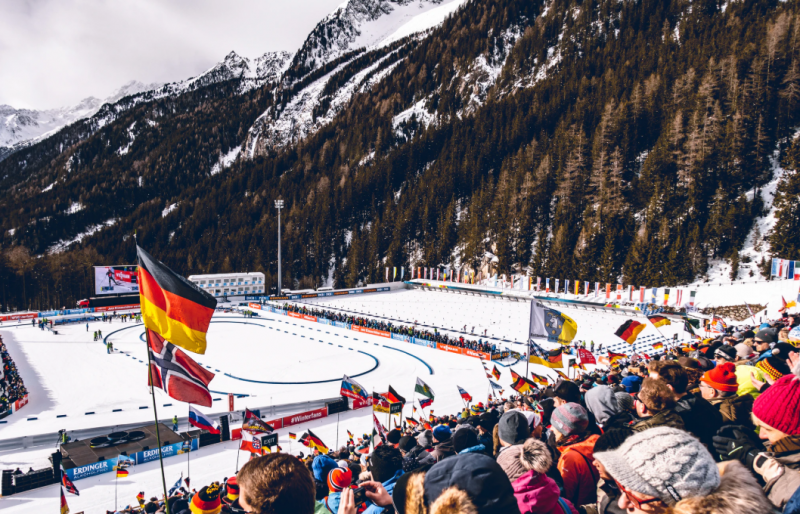 Lastly, Amazon continues their ventures in the world of sports. Perhaps, the company is encouraged by the recent boost in Prime subscribers (+35% YOY), partly attributed to the coverage of the Premier League this December. Amazon is now expanding its’ library of live tennis with more than 80 tournaments from the ATP and WTA. In addition, the company is in talks to produce documentaries focusing on Australian football league teams.

Bob Iger Steps Down as CEO
On Tuesday, Disney announced that Bob Iger will step down as CEO after holding the position for 15 years. Bob Chapek, currently head of Disney Parks, Experiences and Products will take on the position.

Hall Media to New Owners
Continuing the consolidation of the Nordic newspaper industry, Swedish Bonnier-owned newspaper consortium Mittmedia and Norwegian Amedia have announced their joint purchase of Hall Media. The transaction is subject for approval from the Swedish Competition Authority and no purchase sum has yet been disclosed.

Netflix to Launch Top 10-Rankings
The streaming giant is updating its interface with a top list of the 10 most popular titles in a subscriber’s country, to be updated daily. The change is intended to increase the usage of the service by guiding towards popular content.

Storytel’s Revenue Up – But Lower EBITDA
Last week, Storytel published its’ Q4 report. The company reports an increase in revenues by 29% YOY, while the EBITDA showed a decrease of -81,1 million SEK, compared to -59,9 million in Q4 2018, representing an increase of losses by 35%.

Disney+ to Launch in the UK
Disney+ will launch in the UK on March 24, at a special introductory annual price of £49.99 (standard price being £5.99 a month). The UK version of Disney+ will include the same content as the US version, apart from iconic series the Simpsons.

Fox Expressed Interest for Tubi
Allegedly, Fox has expressed interest in purchasing the ad-supported streaming service Tubi. The service is reportedly being sold at $500. At the end of 2019, Tubi had 25 million active users with 163 million hours watched, a 160% increase YOY.

Comcast in Talks to Buy Vudu
According to sources close to the company, Comcast is in talks with retail behemoth Walmart concerning purchasing its advertising and transactional video-on-demand service Vudu. Vudu was founded in 2004 and acquired by Walmart in 2010.

Weibo Issues Profit Warning
Social media company Weibo, providers of the largest platform for microblogging in China, has issued a profit warning ahead of their Q1 report. The coronavirus´ impact on their business is stated as the reason for the expected 15-20% decrease in revenue.

Audiovisual Media Services Directive Revised
In the revised edition of the AVMSD-directive, new guidelines are included concerning promotion of European content – demand services are required to carry at least a 30% share of European content and ensure the prominence of the content.

Subscription stacking the norm in Sweden as SVOD saturation sets in
The streaming market is reaching a saturation point in Sweden, but a new wave of players could reignite interest, claims a new report.

Swedish streaming market might be close to saturation
While 54% of all households in Sweden at the end of 2019 subscribed to at least one online video streaming service, annual growth was sluggish to the point of suggesting that the market may be maturing, according to Mediavision.

Swedish digital publishing spending reaches 25% of monthly average outlay in Q4
Digital newspaper subscriptions are on the rise, but most text spending still goes on the printed press, according to Sweden consultancy Mediavision.