Mediavision: Clubhouse Attracts Less Than 50 000 in the Nordics

Clubhouse’s entrance on the Nordic market earlier this year spiked a massive interest in ‘active audio’. However, questions have since arisen whether Clubhouse is more of a short-lived phenomenon, perhaps even a hype?

Mediavision has tracked Clubhouse’s popularity across the Nordics in Q1. Despite a massive initial media coverage, both in traditional and social channels, less than 50 000 Nordic 15-74-year-olds say that they, an average day, consume audio content via Clubhouse. This is less than 1% of the age group – possibly, the invitation-only nature plays a part. And if we focus the podcast listeners, only 2% choose to listen via the Clubhouse app (comparably, Spotify is chosen by 33%).

Also, Clubhouse’s global performance points towards a possible “hype”. Clubhouse boasts approx. 16 million downloads since its launch 12 months ago – but downloads dropped 72% in March compared to February, when the app was downloaded 9.6 million times. One thing is clear – competition is increasing. Several major actors, including Twitter, Facebook and Spotify, are scrambling to launch its own Active Audio features. The big question: Will the consumers jump on the bandwagon? 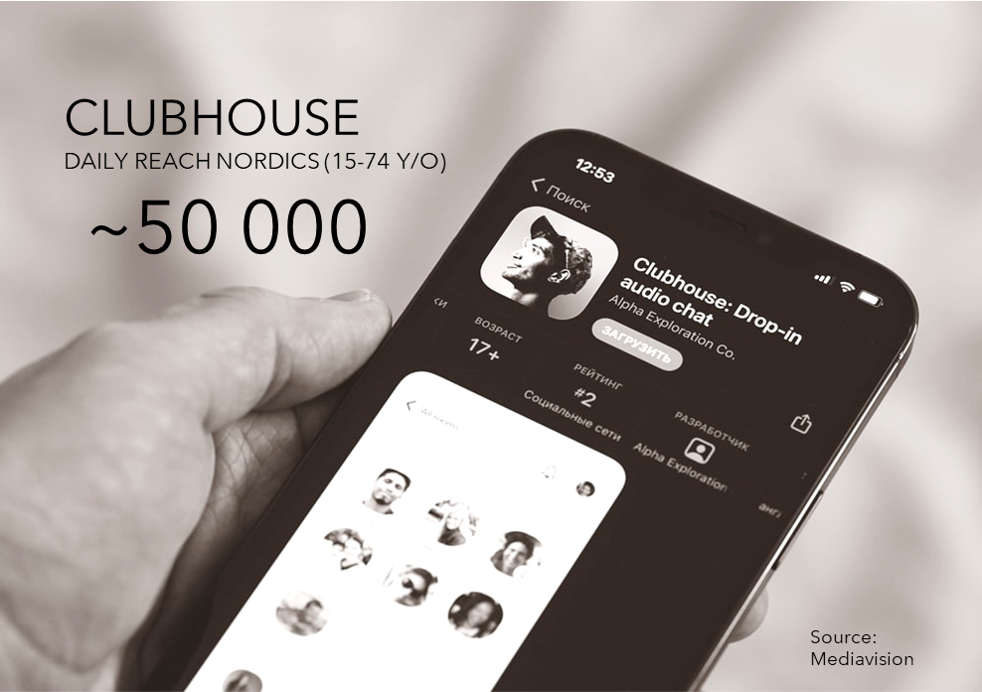 Mediavision is an independent analysis and consultancy firm, focused on analysis and
strategy within traditional and digital media. 6,700 respondents between the ages 15
to 74 are surveyed bianually.