Let´s zoom in on gambling – as Mediavision’s Swedish Gambling Insight is released this week. Gambling in Sweden is very much in the spotlight, especially since the new legislation is just around the corner. The first half of 2018 has been very strong for the gambling industry, partly explained by several major sporting events. More people are gambling, and more money is being spent.

The first half of 2018 shows an increased gambling activity in Sweden. The big sport events during this period (the Olympics, Ice hockey world cup, FIFA world cup), eagerly encouraged by vigorous advertising, has clearly pushed the monthly consumer reach upward. Among 18-74 year-olds, yearly growth is +12%. All in all, more than half of all 18-74 year-olds gamble in some shape or form an average month. Read more about Mediavisions Gambling analysis here. 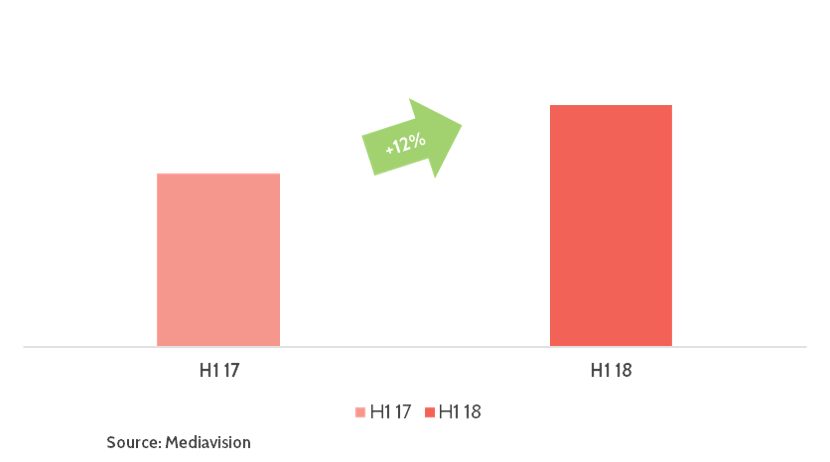 AVOD: Increasing competition and continuous growth as Facebook Watch enters the market
As Facebook recently launched its Youtube contender Facebook Watch worldwide, competition on the AVOD (ad-based streaming services) market is ramping up. Viewing on AVOD services has grown continuously, also driven by local broadcasters making their content available on AVOD. Factors such as log-ins, increased ad load and programmatic have driven monetization. And as more and more content become available, overall ad revenues from AVOD are expected to grow quickly. This has also been pointed out by IRM in their latest Q2 report. During 2017, advertising spend on AVOD services accounted for more than 20 percent of all TV/video advertising in Sweden.  The same development is clear also in the rest of the Nordics’ – AVOD is on the rise. And as earlier pointed out by Mediavision, Youtube dominates in this region, with a particularly strong position on the Swedish market (more than 50% of all AVOD viewing).

Facebook Watch is still in a very early stage – but with its’ unparalleled reach as a social media platform, the starting point is without doubt very strong. Mediavision projects that by 2019, AVOD will correspond to almost a third of the total TV/video ad spend in Sweden. A similar development can be seen throughout the Nordics. Read more about Mediavision’s in-depth analysis of the Swedish TV market here. 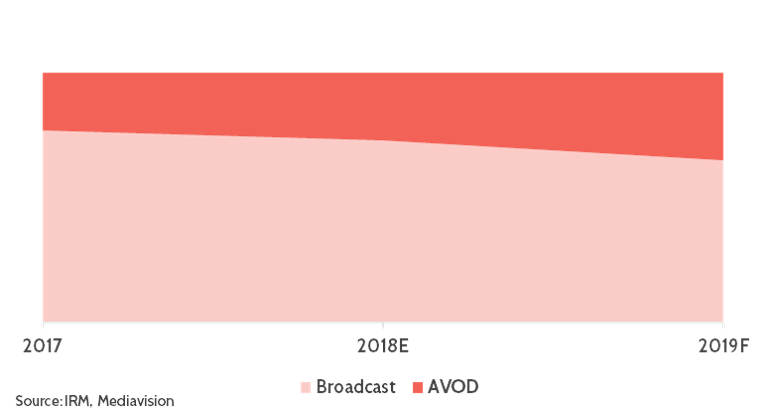 Betsson domains blacklisted in Slovakia
Slovakia’s ministry of finance has added 13 new domains to its blacklist of unlicensed online gaming operators. Among them are three Betsson-owned domains.

21 Century Fox invests $100m in Caffeine
21st Century Fox has invested $100m in the startup streaming service Caffeine. The investment will be used to launch a joint broadcast studio run by Caffeine and Fox Sports. The Caffeine platform is currently in pre-release.

Overwatch League confirms 6 new teams
Overwatch League has announced six additional teams for its 2019 season which puts the total slate of teams at 20. League owner Activision Blizzard had been known to be seeking $30m for new franchises depending on local market conditions.

Sport gives BBC iPlayer best ever July
BBC iPlayed had its best-ever July due to the FIFA WC and Wimbledon upping demand by 19% YOY. July’s most popular episodes include England’s quarterfinal game against Sweden which tops the list with 3.1 million requests.