Discovery Plus and HBO Max will be one

In May last year, news broke that another mega merger was set to take place in the world of TV and streaming – AT&T would combine its WarnerMedia with Discovery Inc, with the goal to form a premier, standalone, global entertainment company.

Last week, it was confirmed that the final hurdle was cleared as the Discovery shareholders approved the USD 43 billion acquisition. The Boards of Directors of both AT&T and Discovery have already approved the transaction. While AT&T will retain a stake in the new company, CEO John Stankey has indicated that the company looks to exit the entertainment business after the completion of its sale of WarnerMedia.

The new company, which will be renamed Warner Bros. Discovery within the next month, will bring together over 100 brands including HBO, Warner Bros., Discovery, DC Comics, CNN, Cartoon Network, HGTV, Food Network, the Turner Networks, TNT, TBS, Eurosport, Magnolia, TLC, Animal Planet, and ID. And this week, Discovery confirmed that it plans to combine its current streaming service Discovery Plus, which launched early in 2021, with recently launched HBO Max into one service, rather than offering a bundle of the two platforms.

So, what does this mean for consumers in the Nordics? Whereas details on pricing and packaging are yet to be disclosed, the potential content supply of the combined service might provide an interesting first indication of what the new service will bring to the table. 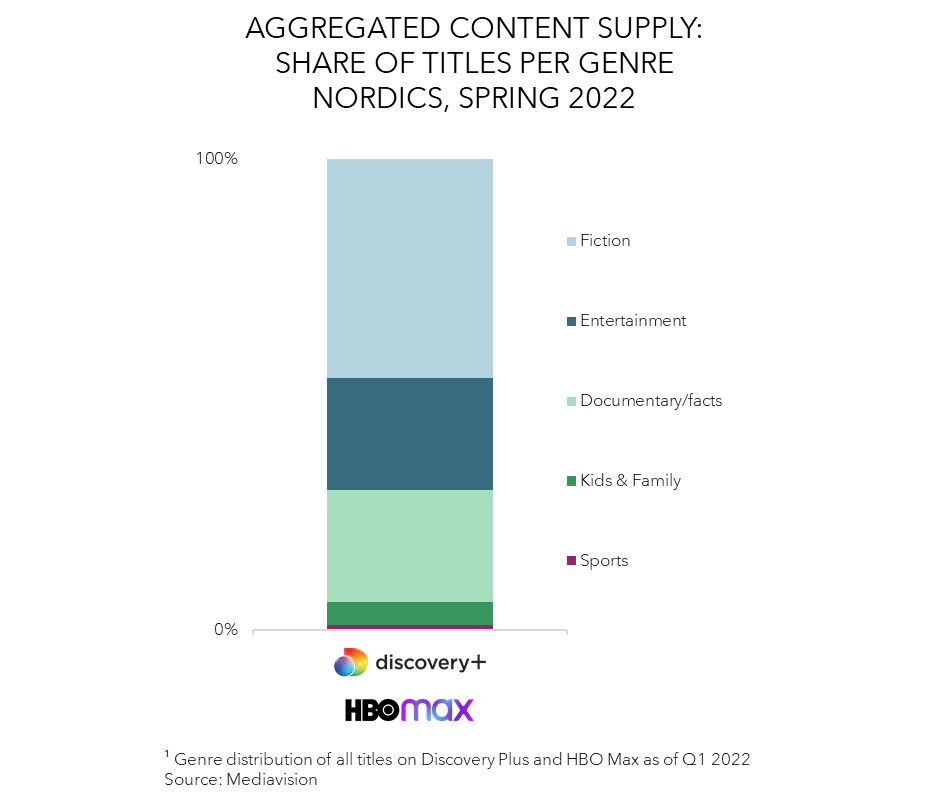 Mediavision’s content supply analysis shows that Discovery+ has a strong focus on non-fiction content, while HBO Max’s supply is skewed towards foreign fiction. Hence, bringing the two together would mean that the combined service would better match the demand of Nordic streaming consumers, according to Mediavision data on viewing by genre. However, it should be noted that this graph does not include live broadcasts of sports. Discovery currently holds the rights to some of the most popular rights in the Nordics, including Allsvenskan, Eliteserien and Tour de France.

The Discovery merger was not the only Warner-related topic in the spotlight this week. Warner has also set a launch date for its new streaming service CNN Plus. While it is still uncertain whether (or when) the service will be available in the Nordics, it is set to make its debut in the US on March 29th. 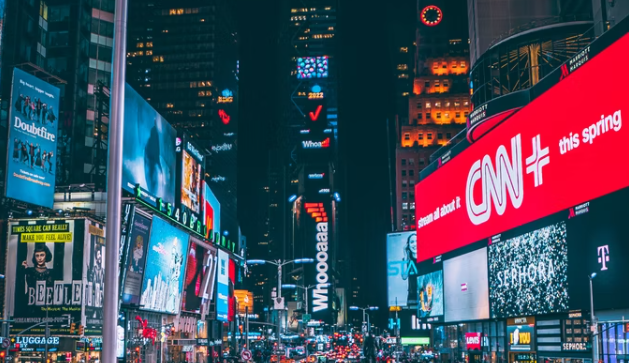 The service will be priced at USD 5.99 a month, or about USD 60 a year. Subscribers who sign up during the first four weeks will receive 50% off the monthly subscription price “for life,” as long as they remain subscribers, which is the same promotion applied at the launch of HBO Max. CNN Plus will include at least eight live daily shows and at least 11 weekly shows, along with more than 1,000 hours of on-demand programming, including original series and movies. Subscribers will be able to submit questions live and in advance for select interviews, with the ability to vote for questions they want answered.

Further, sources familiar with CNN Plus have indicated that there’s a strong probability that CNN Plus will be bundled in some fashion with the new combined HBO Max and Discovery Plus service.

HBO Max off to a successful start in Poland

Major League Baseball is coming to Apple TV Plus

Strong growth for Egmont in 2021

This past week, Danish media group Egmont (owner of Norwegian TV 2) presented its report for the full year of 2021 – which presented growth in all business areas.

The full year of 2021 turned out to be the strongest year to date for Egmont, with total revenues amounting to a total of EUR 1.2 billion, +34% growth year over year or EUR 0.5 billion. Approximately half of the revenue growth was organic, while the other half was a result of Egmont becoming the sole owner of Norway’s largest book publisher, Cappelen Damm, and Norwegian TV distributor RiksTV, acquiring e-commerce company Royal Design Group and increasing its holdings in a number of growth businesses.

Aside from this report, the past week has been eventful on both the Danish and Norwegian markets:

LimeWire is back – as a NFT marketplace for music

Global box office down 50% from pre-pandemic times in 2021