This will be the last newsletter 2022. And with that, we want to wish you all a very merry christmas and a happy new year! We will be back in January, with more exciting industry news. These are the main topics this week:

Mediavision’s latest analysis of the Nordic media market shows that the number of digital media subscriptions per household has grown to new record levels during the fall of 2022. Growth is driven by an increased penetration of audio subscriptions, in particular audiobooks and podcasts.

Today, a Nordic household holds on average 2.6 digital media subscriptions, which is a new record. This number is close to 20 percent higher than a year ago, as all media categories have grown. 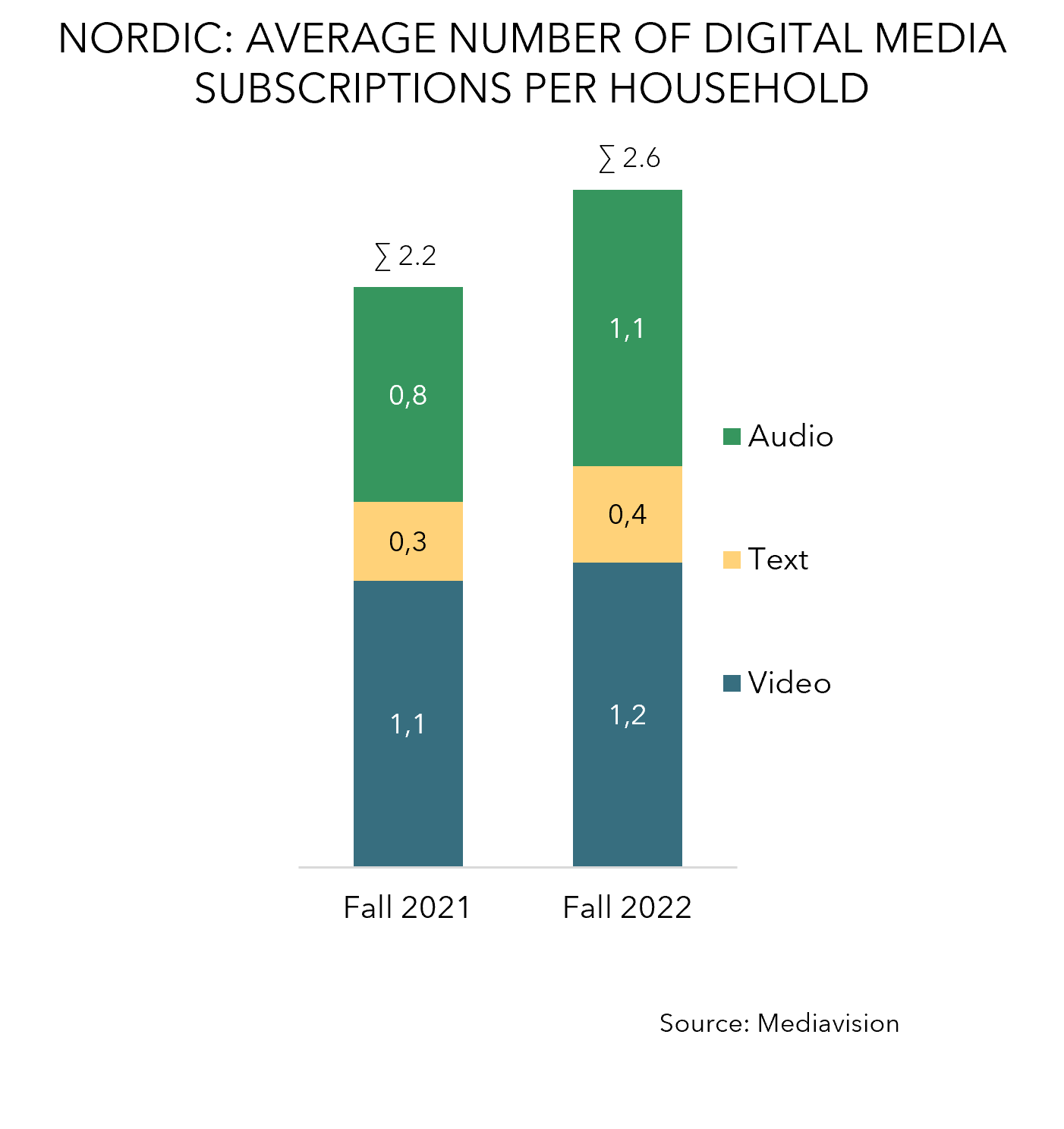 Read up on the full press release here, with commentary from Mediavision’s Senior analyst Natalia Borelius.

The Norwegian Godzilla remake Troll premiered on Netflix the 1st of December. Just two weeks later, it had become the most watched non-English film of all time on Netflix. It has been streamed over 128 million hours – still counting.

Troll is produced by Espen Horn and Kristian Strand Sinkerud from the production company Motion Blur. The same production company is behind Cadaver, another Norwegian Netflix film. The director of Troll is Roar Uthaug, who previously made Tomb Raider and The Wave. 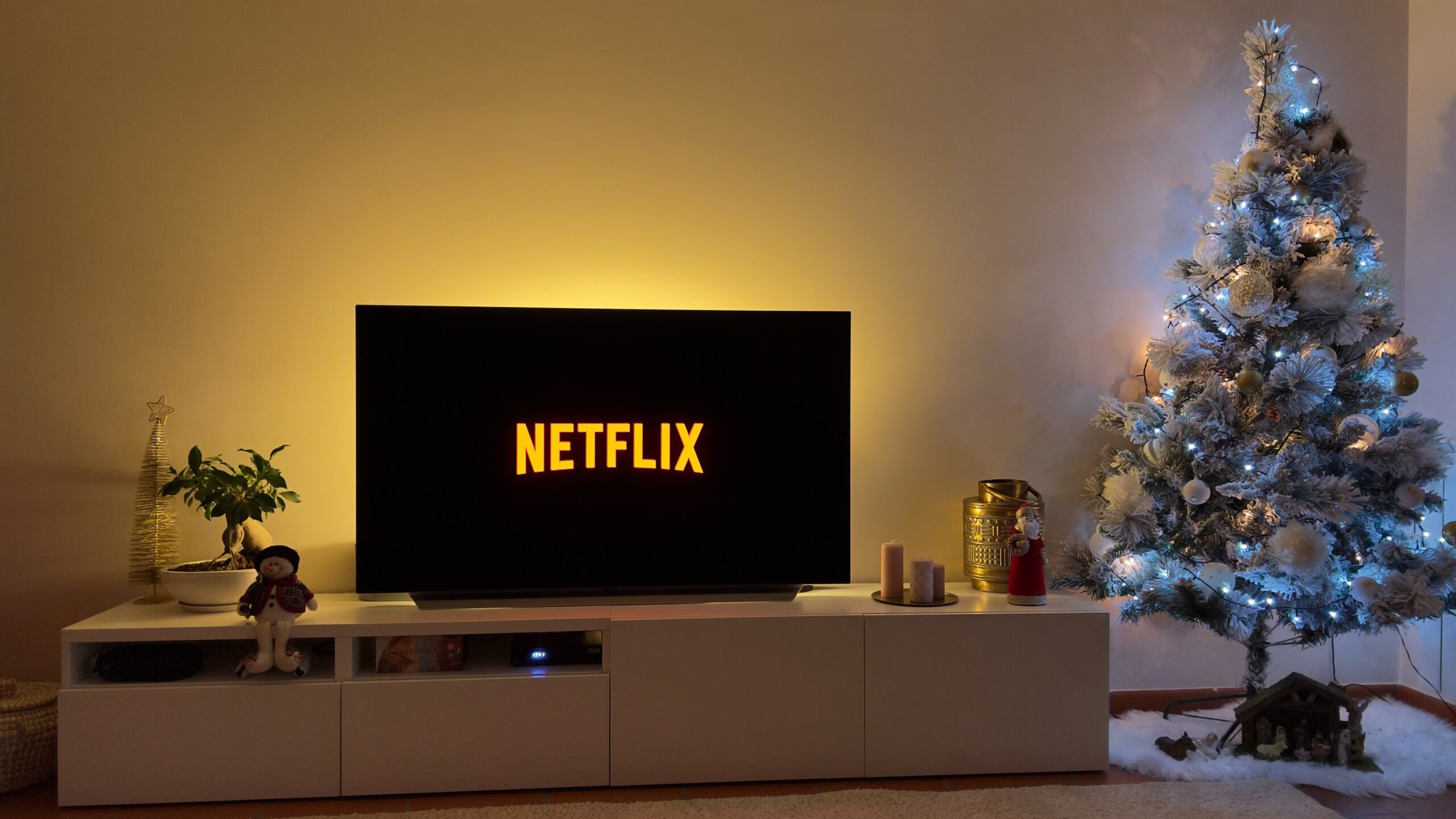 If 2022 ends with a Norwegian title on top of Netflix’s charts, it would be a great ending to Netflix’s 10-year anniversary in the Nordics, as their first ever original series was the Norwegian Lillyhammer which was released back in 2012, the same year that Netflix launched on the Nordic market.

The FIFA World Cup 2022 ended last Sunday with the final between Argentina and France. It all went down to a penalty shootout, where Argentina prevailed and secured their third World Cup title.

Both TV 2 and DR broadcasted the event in Denmark, where almost 1.4 million people watched the game across the two channels. In 2018, 1.1 million watched the final of the World Cup, when DR had the exclusive right to the final game. However, Kantar Gallup calculated the viewing figures in 2018 and this year Nielsen took over the task. The method behind the viewership calculation has changed, therefore, a certain direct comparison cannot be made.

Yle broadcasted the game in Finland and the average viewership numbers almost doubled compared to the latest World Cup final in 2018. This year’s final match had an average viewership of 1.5 million, while in 2018 the number was 779.000.
In Norway, an average of 926.000 watched the game that was broadcasted by NRK. The numbers were slightly lower in comparison to the World Cup final in 2018, when the average of 1.1 million watched the game, also broadcasted by NRK.

TV4 broadcasted the World Cup final in Sweden. When the game was decided in the penalty shootout, viewership peaked at nearly 2.2 million, but on average reached 1.9 million. The game was also available for streaming on C More, which hit a streaming record for a specific game.

Looking outside of the Nordics, just above 24 million people on average watched the final match in France, on TF1 as their country was beaten by Argentina. This was a record-breaking viewership for French television, beating the previous record of another football match, the World Cup semi-final in 2006. In the UK, the viewership peaked at 14.9 million on BBC, which did not top the game between England and Wales which peaked at 71.6 million.

Mediavision’s Sports Analysis 2022 shows that football generates the highest viewing interest, and that FIFA World Cup is the tournament with the highest viewing interest among 15-74-year-olds in the Nordics. Now, we must wait four years until the next FIFA World Cup, which will be jointly hosted by Canada, Mexico, and the US. But before that, the UEFA Euros will be played in 2024, hosted by Germany.