Spotify’s podcast business has made headlines this week. The streaming service is reportedly set to cancel ten of its original podcasts next month. Reportedly, these adjustments are part of a change in strategy, as Spotify wants to focus on the biggest, most popular of its original and exclusive productions. The impacted shows come from studios Parcast and Gimlet – including shows such as “How to Save a Planet”, “Crime Show” and “Every Little Thing”. The cuts are expected to impact under five percent of staff working on original podcasts at the audio giant’s in-house studios — which includes Parcast, Gimlet, The Ringer, and Spotify Studios — while others working on the canceled shows will be reassigned to different projects. 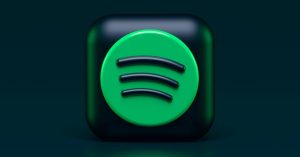 In other Spotify news – “The Playlist” premieres on Netflix tomorrow (13th of October). The series is described as a fictional drama series about the Swedish startup Spotify. The series centers around the young Swedish tech entrepreneur Daniel Ek and his key partners who revolutionized the industry by offering free and legal streamed music around the world. “The Playlist” is based on Sven Carlsson and Jonas Leijonhufvud’s book “Spotify Untold” and is produced by Yellow Bird UK, owned by Banijay Group Company.

Lastly, Spotify announced the acquisition of Irish Kinzen last week, a content moderation firm that protects online communities from harmful content. The two companies have been partners since 2020, and Kinzen has helped Spotify identify misinformation, disinformaton and hate speech on the platform.

Another premiere on Netflix this week is Rian Johnson’s sequel to “Knives Out”, which will make history as the first-ever Netflix movie to debut across all three major US theatrical chains: AMC, Regal, and Cinemark. The streaming service announced that the movie also will be played in additional selected theaters in the US and internationally including Canada, Germany, and Spain – in addition to all major UK theatrical chains.

This agreement is the first of its kind for the major exhibitors and marks a significant change in Netflix’s theatrical release model. Previously, Netflix titles have only been played in smaller theaters and independent venues, usually as part of awards-qualifying runs.

The “Knives Out” sequel premiered at the 2022 Toronto International Film Festival last month and received great appreciation, according to Netflix. The movie will debut in theaters in a seven-day window between November 23-29 before the global release on Netflix one month later the 23rd of December, just in time for the holidays.