One of the world’s largest sports events, the FIFA World Cup, starts this Sunday 20th of November. Denmark is the only Nordic country that has qualified for this year’s tournament, which is hosted in Qatar. In Sweden, the broadcasting rights to the tournament is split between SVT and TV4/C More. NRK and TV 2 share the broadcasting in Norway, Yle and MTV in Finland, and in Denmark the tournament can be watched on DR and TV2. 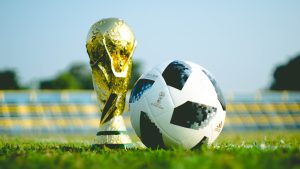 Ahead of the tournament, Netflix has released a documentary series called FIFA Uncovered. The decision to host the 2022 World Cup in Qatar is a controversial one and has been met with criticism. The series explores this decision and the allegations of corruption against the football governing body, FIFA. The documentary is split into four episodes and is now streaming on Netflix.

Netflix has announced its first ever live streamed event. The event is a comedy special by comedian Chris Rock and is set to stream in early 2023. This will be Chris Rock’s second Netflix stand-up special. His first, Tamborine, debuted in February 2018.

On the topic of live streaming events, Netflix is also exploring investments in streaming rights for sports. The streaming giant reportedly made a bid for the streaming rights to ATP tennis tour for a number of European countries, including France and the UK, but eventually dropped out of the bidding. The company has also reportedly discussed bidding for other events, including the UK rights to the Women’s Tennis Association competitions, cycling competitions and the World Surf League.

Some competitors of Netflix are already invested in live sports. Earlier this year, Apple TV announced a partnership to stream every Major League Soccer game for the next decade. Apple also shows two exclusive games of the Major League Baseball on Fridays and Amazon shows exclusive National Football League games on Thursday nights, to name some of the sports investments among the streaming platforms.

Acast to launch in the Netherlands