At the beginning of November, Amazon Prime Video is set to premiere its first local reality series “The Bridge”. The show will be released in four local versions (Denmark, Finland, Norway & Sweden) i.e., tailored to customers throughout the Nordics. The show is described as Amazon Prime Video’s interpretation of the “survival” concept. Twelve contestants will be tasked with building a bridge to an island 220 meters away, where a prize pool of SEK 600 000 awaits the winner. Banijay-owned production company, Danish Metronome Productions produced the Danish version, Endemol Shine Finland produced the Finnish version, the Norwegian version is produced by Mastiff and the Swedish version is produced by Meter Television. 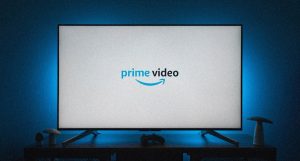 “The Bridge” is not the only local production coming to the streaming service. Amazon Prime Video has previously announced that its’ first Swedish original TV series “Toppen” will be released later this fall. The comedy series stars are, among others, Robert Gustafsson and Sissela Benn. Karin Lindström, Head of Nordic Originals at Amazon Prime Video, describes the series as “a comedy with satirical twists that can actually take place behind the scenes in the real political world”. Lindström also points out that this is only the beginning for Prime Video in the Nordics.

Earlier this week, Apple Music revealed that it has reached 100 million songs on its platform. “Twenty-one years on from the invention of iTunes and the debut of the original iPod, we’ve gone from 1.000 songs in your pocket to 100.000 times that on Apple Music”, the company stated in a press release. When Apple Music first launched in June 2015, it offered a catalogue of 30 million songs. Comparably, market leader Spotify – Apple Music’s biggest competitor, states on their website that it has “over 80 million tracks, including more than 4 million podcast titles” on their platform.

More music related news has surfaced lately regarding Apple. The company is reportedly on the verge of launching its next subscription service – a standalone classical music streaming app. The launch is a result of Apple’s acquisition of the classical music service Primephonic, which was completed in August last year. In the press release regarding the acquisition, Apple stated that their plan was to release a dedicated classical music app during 2022, combining Primephonic’s user interface with more added features.

However, there is no official launch date of Apple’s new app – and thus, time is running out if they want to stick to the plan of launching the service this year. Reportedly, there is no sign of the new classical music app in Apple’s latest iOS 16.1 beta version.

Updates on Starzplay and Nordisk Film +

International streaming service Starzplay has been rebranded to Lionsgate Plus across 35 countries, including Sweden, Norway, Finland, and Denmark. The rebranding excludes the US and Canada. The streaming service’s content offering will largely remain the same, but its design will get a new look.

Jeffrey Hirsch, President, and CEO of STARZ says in the press release, “Operating under Lionsgate Plus internationally brings a distinct and differentiated identity in an increasingly crowded international marketplace and builds on the brand equity in the Lionsgate name that our extensive research has proven is strong around the world”.

Following the rebranding, Lionsgate Plus joins several other streaming services now bearing the ‘Plus’ affix – Disney Plus and Apple TV Plus to name some of them. Another one being Nordisk Film’s (owned by Danish Egmont) recently launched Nordisk Film Plus.

The new streaming service, Nordisk Film Plus, launched the 26th of September. The service’s content supply is primarily focused on Danish content and priced at DKK 49 per month, which places them at the cheaper end of the range. Now, Nordisk Film is preparing to launch the service in more Nordic countries. “We have a reasonably solid base today on our services and our ambition is growth. We also want the product out in the rest of the Nordic countries and 2023 will definitely be the year when we get one, possibly two, other countries. We will focus on local films in each country, for example Norwegian films in Norway” said Klaus Odegaard, responsible for Nordisk Film Plus.

The service has been launched as an independent product and is possible for Yousee customers to choose in their Play-offer. From the 6th of October the service will become part of Stofa’s large TV package, and from the 13th of October Nordisk Film Plus can be selected as part of Nordlys’ streaming offer. According to Odegaard, they will continuously explore for more partnerships.

Seemingly, the Danish book publisher Gyldendal has given up on the battle over audiobook consumers. The company’s audiobook service Chapter has been sold to online bookstore Saxo, at a price of DKK 1 per share. Saxo is owned and operated by JP/Politikens Hus. In a press release, Gyldendal states that Chapter has become an important actor on the streaming market, but the fierce market competition demands too big investments for the company.

In June this year, Gyldendal changed the subscription plans of Chapter in a move to increase profits. It went from the “all-you-can-eat” model, which it has had since the launch in 2020, to a time limited subscription. Chapter also promised an “structural adjustment” in August, but it appears as though these measures did not result in enough growth as Saxo now takes over the streaming service and the Danish audiobook market sees its first consolidation.

Mediavision’s analysis Insight: Nordic Media & Markets concludes that in the Spring of 2022, both Saxo and Chapter had nearly 100’ subscribing households each. Saxo took over Chapter the 30th of September. It is still unknown if Saxo will move to Chapter’s platform or continue to invest in their current platform. The online bookstore Saxo sells printed, audio and e-books and has operated its streaming service since 2017.